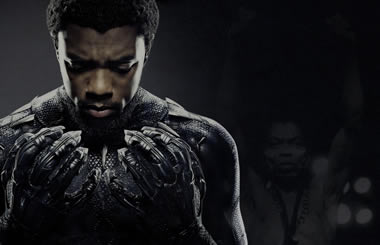 Queens of the Kalakuta Republic

“We call ourselves ‘African American’ but most don’t know what tribe, then-kingdom or current country we belong to (commercial DNA services are trying to change that.) Even if we can discover our lineage, it’s much harder to find our true names. 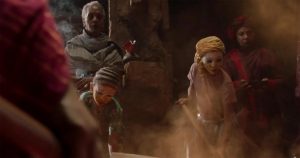 In this context, Wakanda is an example of what could have been for black Americans. It is beautiful, modern, powerful and filled with all of the complexities — the human treachery and weakness and strength and honor — that modern societies must bear, but which are rarely fleshed out in one-dimensional black movie characters.”

“Growing up in Trinidad and Tobago, I would ask myself: what would my world be like if I wasn’t burdened with the pain of colonialism?”
Winston Duke (M’Baku) on MSNBC, 1st March 2018

A common critique of any effort by African America to connect emotionally and politically with Africa – a sentiment which thanks to ‘Black Panther’ is a experiencing a mini-Renaissance – is that enthusiasts in the USA for Pan-Africanism are romantics, detached from historical reality and its complexities.

The colonisation of Liberia and Sierra Leone by freed African slaves from the 1820s onward is often brought up. As is the segregation of two black-skinned populations, with the culturally American one forming ruling elites who then oppressed the indigenous Africans. It’s significant that Ghana – the first African nation to become independent of European occupiers – managed to keep the recent EVD outbreak outside its borders effectively, while Liberia and Sierra Leone were ravaged by the disease, having eradicated their publicly-funded networks of health workers in line with the World Bank-directed Structural Adjustment Programmes, engineered by their American patrons.

This harshly reductive analysis of what, for the sake of brevity, could be called Pan-Am-Africanism, overlooks the possibility that a bridge of imagination that extends from Africa to an American dream is also founded on an African dream as well. The United States has no history of monarchs, and being less than three hundred years old there are no myths of once and future kings, who’ll return in person or spirit in America’s direst hour of need. It’s not that these legends won’t emerge, it’s that America isn’t old enough yet to have created them yet. America has founders, like Baibars to Arab nations. It has doomed champions and lost resistance fighters like Tȟašúŋke Witkó (Crazy Horse). But no Arthur, Frederick Barbarossa, King Shaka, Lord Ram or King Sebastian of Portugal. Avatars and Fisher Kings are liminal heroes, caught between life and death.

T’Challa communes with his dead father and ancestors on the spirit plane in visions brought on by ingesting the Heart-Shaped Herb, a plant mutated by the vibranium meteorite that landed in Wakanda and which gives him his Black Panther powers. When Killgore takes the Herb, he has visions of his father in a tiny apartment in Oakland California, a Public Enemy poster on the wall. Marvel’s characters, fifty or more year’s old in some cases, and the universes of ‘Star Wars’ and ‘Star Trek’ are the beginnings of these rich, multi-layered and partly mystical heroic myths, permanently recessed in the background of American pop culture’s deep imagination.

One hot take on ‘Black Panther’ is that it’s hardly woke since it promotes monarchism. Are these black fans of the movie responding to their inner desire to be feudal vassals? Of course not. They’re responding to a beautiful, giddy fairy tale of Africa and their history as it should have been.

I’m constantly fascinated by the different post-colonial experiences of India and Africa in relation to their traditional rulers. By the time of India’s independence, the various maharajas and maharanis had been sufficiently complicit with the British Raj, and seemed out of place in a modern republic, that they were peacefully stripped of their powers and became humble hoteliers and Congress politicians. In Ghana the trend was set for the liberation of African nations in retaining the old Chiefs side by side with the new, often elective governments.

This was largely done out of pragmatism as much as out of necessity. Unlike India – which is one landmass connected by rivers, that was ruled over by one European coloniser – the terrain of Africa, and especially sub Saharan Africa, is interrupted by vast desserts, forests and grasslands, made up of microcosms within microcosms that were in some cases passed between colonisers several times from the 1880s till the 1960s. It was also a matter of necessity for African liberation fighters to pursue one battle at a time. The factionlisation of African nations during the Cold War was enough of a drain on any nascent country to hinder its self-sufficiency. There was no point in anti-colonialists picking a fight with the Chiefs village by village too.

In Nigeria, the country I can speak about with the most knowledge, this dual system of government has been one of the country’s biggest setbacks since independence. Crooked businessmen, politicians and soldiers can play both ends against the middle, endlessly. As Sam Mbah and I E Igariwey put it in ‘African Anarchism: The History of A Movement‘ of class formation in post-colonial Africa, “the dependent character of the local bourgeoisie restricts its members to servicing foreign capital or to competing among themselves for the limited resources available in the neo-colonial setting. This competition tends to take the form of a zero-sum game, modified by an arrangement in which the competitors define themselves in ethnic and religious terms – each seeking to protect his own interests.”

T’Challa isn’t meant to be a role model for a real philospher king. ‘Black Panther’ is a hyper-real comic book reality and he’s a super hero. It is worth noting, though, that the “tribes” of Wakanda – which seem to be from All of Africa – are more defined by their technological superiority to the rest of the world than they are by their internal differences.

This superimposition of a mythic, heroic story on top of the idea of a republic where all citizens are equal has at least one modern African precedent in the life of Fela Anikulapo Kuti, the Yoruba Afrobeat star and son of one of Nigeria’s most prominent feminist activists and anti-colonial leaders, his mother Funmilayo Ransome-Kuti (a traditional aristocrat with communist leanings, and also the first woman in Nigeria to learn to drive a car). For the ten months in 1969 when Fela was in Los Angeles, reading the autobiography of Malcolm X over and over again, transforming himself into a folk hero and eventually attempting to become a Presidential candidate in Nigeria, he discovered his Nigerian identity in America. (This is narrated, from 7 minutes in, in Jean Jaques Flori’s and Stéphane Tchalgadjieff’s 1982 documentary ‘Fela Kuti: Music Is the Weapon’).

While it’s true that ‘Black Panther’ is more about America and male power than it’s about Africa, the energy and excitement about Africa, especially its visual arts, that it taps into is real (as is the money that’s going to generate for African artists and film exhibitors). At the end of ‘Black Panther’, T’Challa appears before the UN offering Wakanda’s assistance to the outside world. In times of conflict “the wise man builds bridges” he tells them. Somewhere on that bridge, American and African dreams – of a black king and a Black President – meet one another.